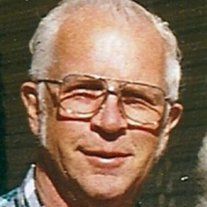 Visitation is 5-8 p.m., Thursday at the church and will continue one hour prior to the service.

Duane Arlan Nelson was born December 8, 1939, to Neil and Edna (Ness) Nelson in Pelican Rapids. He graduated from Pelican Rapids High School in 1958. Following his education he worked for area farmers and drove truck for Duane Farnam, hauling milk. He drove truck for International Transport and was proud that he traveled through all of the lower 48 states. He also worked for Egge Construction in Pelican Rapids. He was united in marriage to Josephine "Josie" Steidl June 7, 1975, in Alexandria. Following their marriage they made their home in Carlos where they raised their family. Duane worked for R&R Ready Mix, hauling concrete for many years and retired from Alex Extrusion in 2001. He and his wife enjoyed winters in Arizona and camping in the summers. He was a member of Trinity Lutheran Church. He served 24 years on the Carlos Fire Department prior to retiring. He was a member of the Thursday night golf league at Nordic Trails. He enjoyed hunting, fishing, golfing, daily walks through Carlos and meeting up with his "coffee pals" at Herby's Café. His pride and joy was driving his refurbished 1950 "A" John Deere tractor in local parades.

He was preceded in death by his parents; wife, Josie, 2011; sister, Karen Kubitz; and two brothers, Dennis Nelson and Mark Nelson.


To order memorial trees or send flowers to the family in memory of Duane Nelson, please visit our flower store.