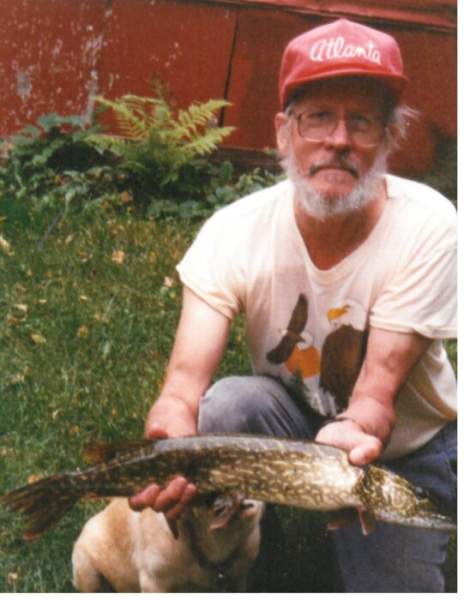 Visitation is 5-7 p.m., Friday at Lind Family Funeral Home in Alexandria and will continue one hour prior to the service.

Donovan James Diekow was born on March 31, 1934, to Lawrence and Kathryn (Hink) Diekow at home in Effington Township, the oldest of three. He was baptized and confirmed at St. James Lutheran Church in South Effington. He attended Country School District #53. Following his education, Donovan farmed with his dad.  He served in the U.S. Army from 1957-1959. Donny was united in marriage to Marcene Dreger on September 27, 1958, in Olympia, Washington.  Following their marriage, they had four children and Donny continued farming.  He also worked as a custodian at the Parkers Prairie High School and upholstered furniture until he retired in 1985. He and Marcene downsized from the farm to a trailer house on 10 acres for 42 years, then lived at Winona Shores before moving to Bethany on the Lake. He was a former member of St. James Lutheran Church and was a member of St. Paul’s Lutheran Church of West Miltona and its Men’s Club.  Donovan enjoyed playing dart-ball with church, woodworking, fishing, playing cards, watching birds, and in his earlier years, hunting wild game of all types.

He was preceded in death by his parents, Lawrence and Katie Diekow; and son, James Diekow.

To order memorial trees or send flowers to the family in memory of Donovan Diekow, please visit our flower store.