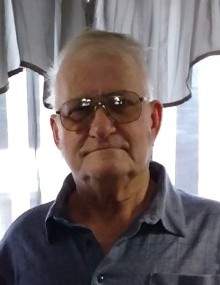 Visitation is 5-8 p.m., Tuesday at Lind Family Funeral Home in Parkers Prairie and will continue one hour prior to the service at the church.

Donald Herman Zuehlke was born on May 8, 1942, to Leonard and Emma (Thompson) Zuehlke in Parkers Prairie. Don attended and graduated from Parkers Prairie High School in 1960. He was drafted in 1964, to the U.S. Army and served artillery in Vietnam. Following his honorable discharge in March 1966, he returned to Parkers Prairie where he delivered milk with a bulk truck. He was united in marriage to Rosemary Hansen on June 6, 1969, at the First Lutheran Church in Parkers Prairie. Don worked at the Parkers Prairie Elevator for 20 plus years as head foreman in addition to being custodian at the First Lutheran Church. He retired from Jennie – O Feed in Henning after working for 10 years. Don and Rosemary ran many flea markets throughout the years; even working full time after retirement at the Wadena Flea Market. Don was also proud to serve as the Mayor of Parkers Prairie from 2008 to 2012. He enjoyed playing pool, cards (whist), running and attending flea markets, dancing, and hunting deer with his boys. Earlier in life Don also enjoyed bowling and received many awards for his accomplishments. Don was a member of First Lutheran Church, Parkers Prairie American Legion Post #219, and lifetime member of the North American Hunting Club.

He was preceded in death by his parents; wife, Rosemary; son; Trevor; brothers, Duane and Marlin; and granddaughter, Morgan.

To order memorial trees or send flowers to the family in memory of Donald Zuehlke, please visit our flower store.