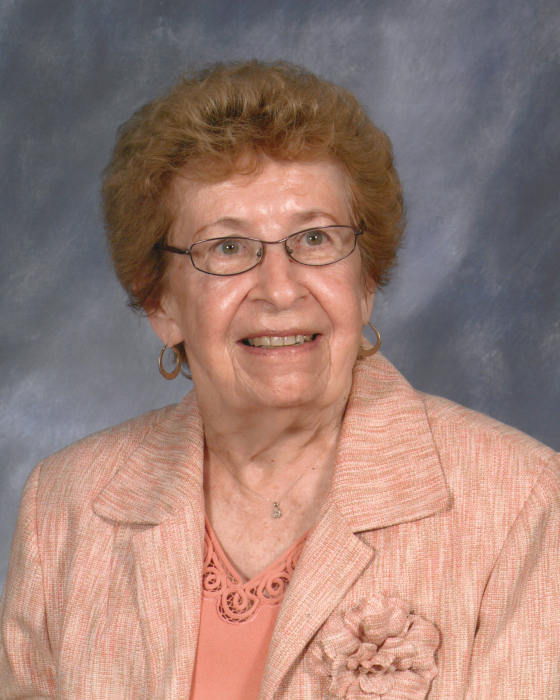 Dolores Josephine was born on March 19, 1929, to Joseph and Leona Pawlowicz in Omaha, Nebraska. Following her education, Dee worked in the office of the Douglas County Sheriff’s Department in Omaha.  She met her future husband, Charles “Chuck” Fortwengler, Jr., on New Year’s Eve, while he was stationed in Nebraska.  They were united in marriage on October 11, 1952, and moved to Parkers Prairie, Minnesota to make her home for the remainder of her life.  She learned to make homemade noodles from her German mother-in-law and used them often in her cooking.  One of her favorite recipes was making and bringing potato salad to many potlucks and gatherings. Dee loved cooking, baking, flower gardening and yard work.  She was an avid Minnesota sports fan, enjoying football, basketball, hockey, and baseball. In addition to being a homemaker, she assisted her husband in office work in his business, Fortwengler Electric. She was a member of St. Williams Catholic Church.  Dee and Chuck were very social and enjoyed traveling and entertaining in their home.  Family and faith were the backbone of Dee’s life.  She especially enjoyed spending time with her family which were her pride and joy.

To order memorial trees or send flowers to the family in memory of Dolores "Dee" Fortwengler, please visit our flower store.
Send a Sympathy Card