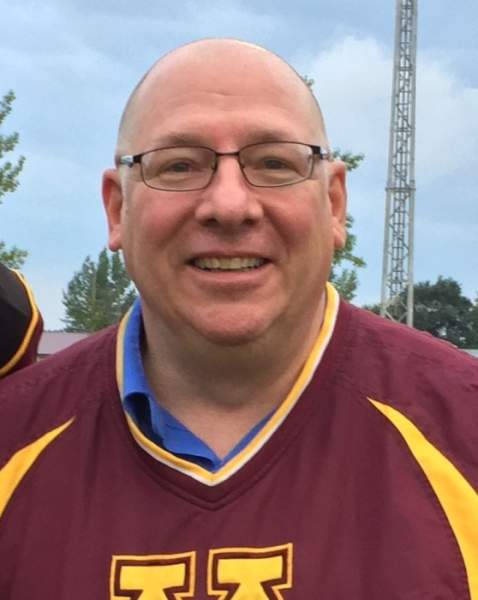 A celebration of life service will be held 11 a.m., Friday, February 23, 2018, at the Parkers Prairie Event Center with Rev. Kirk Lee officiating.  Music is provided by vocalist, Kelly Martin.

A visitation will be held 3-5 p.m., Thursday at the Lind Family Funeral Home in Parkers Prairie and will continue one hour prior to the service at the event center.

Dirk Morgan Hezlep was born May 6, 1966, to William and Norma Sue (Simpson) Hezlep in Detroit, Michigan.  His family moved to Marshall, Minnesota when Dirk was two years old.  He graduated from Marshall High School in 1984.  Dirk attended the University of Minnesota where he studied philosophy.  He entered the work place after three years at the U of M, as a technology manager for Piper Jaffray in Minneapolis. He was united in marriage to Elizabeth Gillett on March 4, 1996, in Las Vegas.  Following their marriage, they returned to Minneapolis where he continued working for Piper Jaffray.  After 18 years with Piper Jaffray, Dirk left as vice-president.  He finished his Bachelor of Arts Degree in 2005. He and his family moved to their cabin on Lake Miltona in 2005, where they lived until moving into Parkers Prairie in 2007. He worked as a co-manager for Walmart at both Alexandria and Willmar.  His family was his life and he especially enjoyed attending his sons' activities and events and planning their family vacations.  He enjoyed arts, theater and music and in his younger days played in the band, “Bellyflop”.  Dirk enjoyed sports and was an avid Gopher football fan.  He had a love of the outdoors, whether it be fishing or golfing.  He loved eating and exploring exotic cuisines and introducing them to his sons.  He was a dedicated husband and father and will be remembered for his love of his family.

He was preceded in death by his mother, Norma Sue and step-mothers, Diane and Ruth.

Memorials preferred to the P547 Foundation in Dirk's Memory.

To order memorial trees or send flowers to the family in memory of Dirk Hezlep, please visit our flower store.