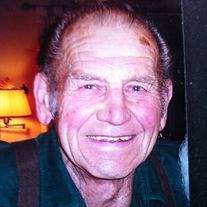 Private services will be held at a later date at Dick's request.

Richard Jay "Dick" Frey was born June 23, 1924, to Oscar and Wilma (Linder) Frey in Duluth. He grew up in Duluth where he attended public school. He served in the U.S. Navy during WWII and received a Purple Heart. Following his honorable discharge, he returned to Duluth and began work with the Soo Line Railroad. He was united in marriage to June A. Paulson on January 24, 1959. He retired in 1984, after 35 years with the railroad. He was a member of the Duluth American Legion Post # 71, V.F.W. Post #137 and Moose Lodge #1478. Dick enjoyed steelhead fishing, hunting and treasured time spent in his earlier years at their family cabin "Breeze-O-Pines" on Eagle's Nest Lake. He loved all animals, especially his Boston Terriers - Maggie and Dolly.

He was preceded in death by his parents; wife, June; brother, William Frey and sister-in-law Nancy Frey.

Thank you to the wonderful staff at Golden Oaks for caring for Dick the past four years.

To order memorial trees or send flowers to the family in memory of Dick Frey, please visit our flower store.