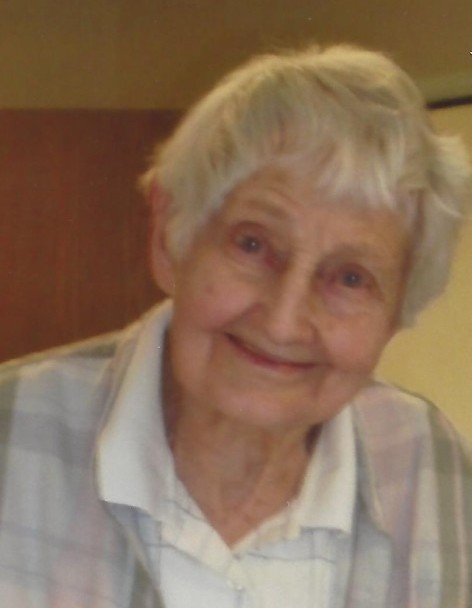 Mass of Christian Burial is 11 a.m., Friday, May 5, 2017, at St. William’s Catholic Church in Parkers Prairie with Fr. Peter VanderWeyst officiating. Music is provided by organist, Bob Koep and vocalists, Dedra Zwieg and the church choir. Burial is at the church cemetery.

Visitation is 5-7 p.m., Thursday with a 6:30 p.m. prayer service and rosary to follow at St. William’s Catholic Church. The visitation will continue one hour prior to the service at the church.

Deloris Christine Blashack was born December 18, 1919, to Jacob and Edith (Anderson) Smith in Spruce Hill Township. She attended Rural School #64 in Douglas County through the eighth grade and graduated from Central High School in Alexandria. Deloris completed Normal Training in Alexandria to become a teacher. Following her education, she taught in Otter Tail and Douglas Counties. Deloris was united in marriage to Leo Blashack on September 30, 1943, at St. Joseph’s Catholic Church in Bertha. After the wedding, she taught for one more year and then joined Leo farming full time, which they both enjoyed. Leo died in 1978, and Deloris continued on the farm until she sold it and had a new house built on her property in the country. In February of 2004, Deloris fell and broke her hip on the ice while getting her mail. After her recovery, she moved to the Prairie Village Apartments in Parkers Prairie. Gradually her health declined and she moved to McCornell Courts Senior Care Apartments in 2008, and finally St. William’s Living Center in 2014. She was a member of St. William’s Catholic Church. Deloris enjoyed knitting especially the intricate details and creating blankets.

She was preceded in death by her parents; husband; brother, Gordon Smith; sister, Lorraine Skoglund; and brother-in-law, Eugene Kotula.

Deloris is survived by her sister, Audrey (Eugene) Kotula of Browerville; two sisters-in-law, Marie Smith of Minneapolis and Marcella Stone of Henning; brother-in-law, Paul Skoglund of Brooklyn Center; and many nieces and nephews.

To order memorial trees or send flowers to the family in memory of Deloris Blashack, please visit our flower store.