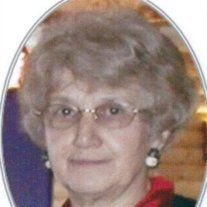 Alice "Dee" LaVon (Smith) Drown, age 70, of Parkers Prairie, went with joy and peace into the presence of Jesus, Sunday, December 2, 2012, as a result of pancreatic cancer. She was surrounded by her husband and sisters.

Visitation will take place one hour prior to her transition celebration at the church.

Alice "Dee" LaVon Drown was born April 13, 1942, to Afton and Rayma (Jewell) Smith on a farm eight miles east of Park Rapids, Minnesota. She had three siblings, Kenneth, Kathleen and Lynette. Two years later they moved to the Ben Saunders farm east of Parkers Prairie. After one and a half years, her parents purchased a farm two and a half miles north of Parkers Prairie from Harry Boehne where they continued to live until their passing. The First Baptist Church was a major part of Dee's life growing up and it was there while Rev. Hicks served as pastor that she understood the need for her salvation. Dee graduated from Parkers Prairie High School in 1960. She attended Oak Hills Bible College in Bemidji before working for the Billy Graham Association in Minneapolis. She was united in marriage to James Drown August 24, 1963, at First Baptist Church in Parkers Prairie. Following their marriage, Jim was stationed with the U.S. Air Force in California, Kansas, Vietnam, and Okinawa. While in Okinawa, Dee worked at the Okinawa Christian School for the year they lived there. Upon returning to Minnesota, she was employed by Control Data Corp. in Arden Hills and completed her Associate's Degree in Interior Design from the University of Minnesota. They later moved to Phoenix, Arizona where she worked for Goldwater's Department Store as a computer trainer for the gift registries in nine stores in four cities. In 1989, they returned to Parkers Prairie to care for her aging parents on their farm. Dee and her husband later purchased the farm and made their residence there. Dee worked at Madsen's Grocery and worked and retired from Trumm Drug in Parkers Prairie. She was involved with singing in choirs, teaching children, Child Evangelism, Teen Challenge, Christian Women's Connection and the Hearts of Praise Trio. She was a member of Lakes Community Church in Clitherall.

Dee is survived by her husband of 49 years, Jim; brother, Kenneth (Pam) Smith of Faribault; two sisters, Kathleen Coker of Murphy, North Carolina and Lynette (Keith) Butler of Park Rapids; along with cousins, nieces, nephews and a host of friends.

She is preceded in death by her grandparents; parents; aunts and uncles; sister-in-law, Violet (Arvidson) Smith; and nephew, Timothy Smith.

Memorials may be directed to The Barn Ministry in c/o Jim Drown.

To order memorial trees or send flowers to the family in memory of Dee Drown, please visit our flower store.
Send a Sympathy Card