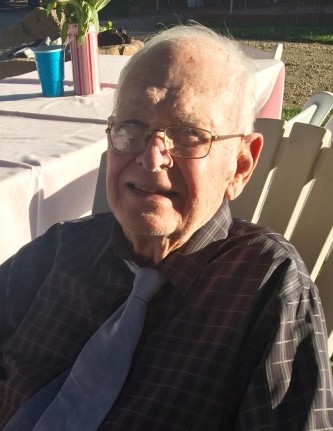 Davis T. Whiteman III, age 92, of Alexandria (formerly of Miami, FL), passed away after a brief illness on Sunday, September 29, 2018 at the Prairie Senior Cottages.

A private family memorial service will be held at a later date.

Davis Thomas Whiteman III was born on December 7,1925 to Davis and Mary (Ziegler) in Radner, Pennsylvania. Davis joined the Navy in 1942, then graduated from Gettysburg College with a degree in English. He met his wife, Mary Alverta Zeigler from nearby Lancaster, PA, and they were married in 1953. The couple moved to Miami, FL and had two children, Davis and Holly. Davis worked for Pan American airlines, retiring in 1986. He enjoyed watching his Miami Dolphins and was head of Sunday school at Biscayne Boulevard Lutheran Church, and sang in the choir. In retirement they lived on Horse Island in Beaufort, SC in a lovely home on the marsh. They were always positioned to help their Grandchildren, Carroll, Laura, Daniel, Erin & Kate. By 2009, Mary's health had declined to the point that she needed full-time care in a nursing home.  Davis never missed his morning drive to the home to spend the day with his beloved wife, until her death in 2014. Davis moved with his daughter, Holly and Son-in-law, Ron Myrtle to Alexandria, MN in early 2018 and lived in the home of his Granddaughter, Dr Laura Huggins until the end of his life.

To order memorial trees or send flowers to the family in memory of Davis T. Whiteman III, please visit our flower store.
Send a Sympathy Card