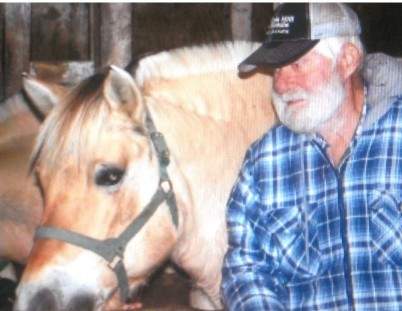 A visitation will be held 5-7 p.m., Friday at the Lind Family Funeral Home in Miltona and continue one hour prior to the service at the church.

David Leslie Lusty was born February 10, 1937, to Leslie and Alice (Steidl) Lusty at home in Spruce Hill Township. He was baptized at St. Nicholas Church in Belle River and confirmed at Spruce Hill Church. He attended Country School District #66, through the eighth grade and graduated from Central High School in Alexandria. Following his education, David served in the U.S. Army from 1956-1958, until his honorable discharge, at which time he returned home. He was united in marriage to Su Ann Botzet on April 29, 1961, at Seven Dolors Church in Millerville. He was a life-long farmer in Spruce Hill Township, never retiring, even doing fall tillage for his son and his wife as recent as this past fall. David was a member of Faith Lutheran Church, Midwest Fjord Horse Club, Northern Draft Horse Club, Central Minnesota Draft Horse Club, and the Prairie Eagles Saddle Club. He served on the Spruce Hill Foundation and Spruce Hill Cemetery Board. His hobbies included anything to do with horses and giving rides at Miltona Tornado Days and Carlos Creek Winery. David took great pleasure in his grandkids and great-grandkids and especially enjoyed time spent with them.

To order memorial trees or send flowers to the family in memory of David Lusty, please visit our flower store.