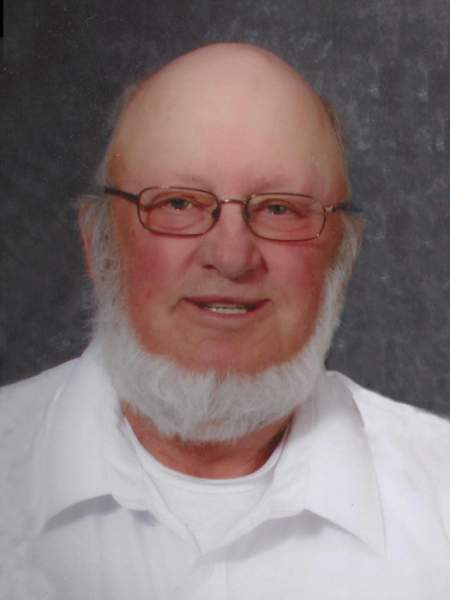 David Charles Haase was born on September 6, 1935, to Reinhardt and Florence (Derkey) Haase in Bertha. He was baptized and confirmed at St. John’s Lutheran Church, rural Bertha. David attended Bonor Country School District #64 through the eighth grade. He continued on to Bertha High School and graduated in 1953. Following his education, he farmed with his father on the family farm for three years. David was united in marriage to Inez Alberg on November 3, 1956, at St. Paul’s Lutheran Church in Bertha. Together they farmed in the Bertha area until they purchased the farm in Eastern Township in March of 1959, where they would live and farm for the next 60 years. While farming was David’s passion, he also worked part time in construction.

He was a member of Esther Lutheran Church. David was a former member of the Eagle Bend Lion’s Club and current member of the Parkers Prairie Lion’s Club. He also was a passionate member of the National Farmer’s Organization. David enjoyed playing his accordion, listening to music, dancing and playing cards. He especially enjoyed spending time with his family.

He was preceded in death by his parents, Reinhardt and Florence Haase.

Honorary urn bearers are his grandchildren.

To order memorial trees or send flowers to the family in memory of David Haase, please visit our flower store.