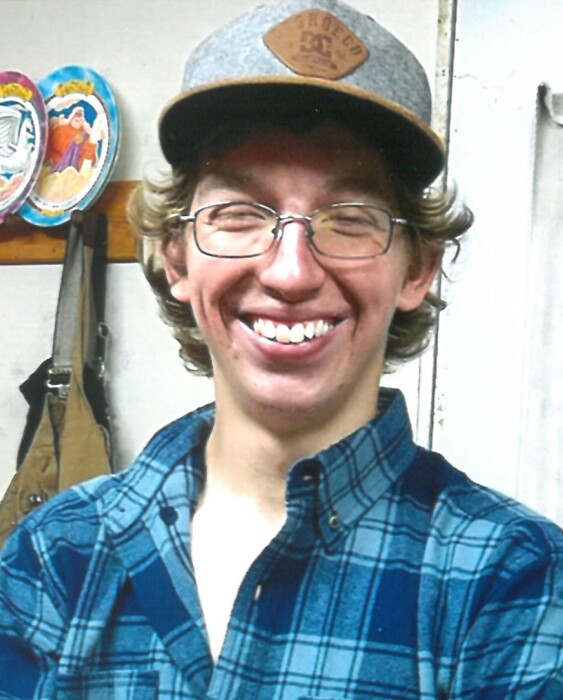 A memorial service will be held at 11 a.m., Saturday, September 11, 2021, at Lind Family Funeral Home in Alexandria with Celebrant Peter Lind officiating. Interment will be at St. Nicholas Catholic Cemetery in Belle River.

Visitation is from 5-8 p.m., Friday at Lind Family Funeral Home in Alexandria and will continue one hour prior to the service.

Dakota Scott was born on July 4, 1996, to Scott and Virginia “Jenny” (Ross) Suchy in Isanti. He graduated from St. Francis High School in 2014. Dakota continued his education at Alexandria Technical College where he graduated with a degree in welding. While he was in school, he worked at Powers Manufacturing. Following his degree, he moved to Isanti where he worked for Metal Coatings. Dakota later returned to Powers Manufacturing in Alexandria where he worked until his death. His hobbies included building model airplanes, four-wheeling, and hunting. Dakota loved to work and repair anything with an engine. He especially enjoyed spending time with his friends and telling stories.

He was preceded in death by his maternal grandparents, Ken and Audrey Ross.

Dakota is survived by his parents, Scott and Jenny Suchy of Isanti; two sisters, Stevie Rae Suchy and Sienna Suchy both of Isanti; paternal grandparents, Leonard and Sue Suchy of Alexandria; along with many cousins, aunts, and uncles.

To order memorial trees or send flowers to the family in memory of Dakota Suchy, please visit our flower store.
Send a Sympathy Card