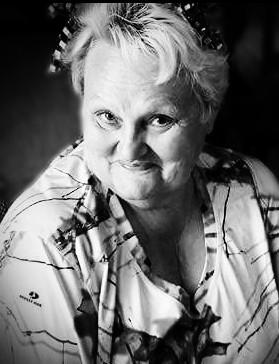 A memorial service will be held 11 a.m., Friday, December 29, 2017 , at the St. Joseph’s Catholic Church in Bertha with Fr. Mitchell Bechtold officiating.

Visitation is from 4-7 p.m., Thursday December 28 , with a prayer service at 6 p.m., at Lind Family Funeral Home in Parkers Prairie. The visitation will continue one hour prior to the service at the church.

Cynthia Marie Stienka was born on June 28, 1957, to Mike and Adeline (Schroeder) Steger in Long Prairie. She grew up near Browerville where she attended public school. In 1970, the family moved to a farm near Bertha where Cindy graduated from Bertha High School as Salutatorian in 1975.  She continued her education at Alexandria Technical College while working as a waitress at Country Kitchen in Alexandria. Cindy was united in marriage to Marlin Zuehlke in August 1981, at St. Joseph’s Catholic Church in Bertha. They made their home near Bertha until 1984, when they moved to Leaf Valley to farm. Their daughter, Alicia Marie Zuehlke, was born in 1985. Cindy and Alicia relocated to Morris and eventually returned to Bertha in 1991, where she continued to live until her death. During the past 10 years, Cindy worked as an EMT with the Bertha Ambulance and as a Mental Health and Home Health Aide with St. William’s Living Center in Parkers Prairie. She was a former member of the Bertha Lion’s Club. Cindy enjoyed fishing, gardening, sewing, and quilting. She loved spending time with her family and especially her grandson, Brody.

To order memorial trees or send flowers to the family in memory of Cynthia "Cindy" Zuehlke, please visit our flower store.
Send a Sympathy Card