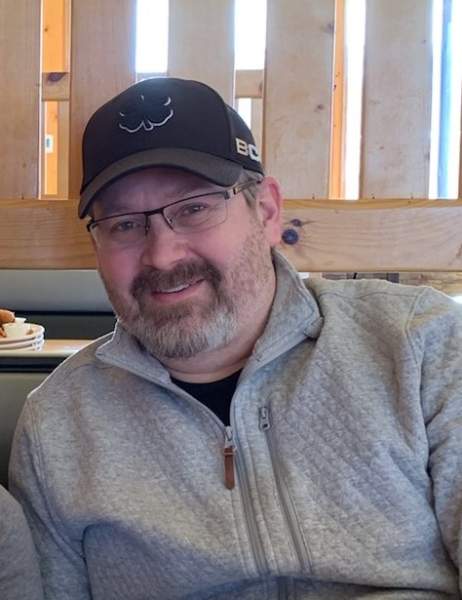 A celebration of life service will be held at 1 p.m., on Tuesday, June 8, 2021, at Lind Family Funeral Home in Alexandria. Full military honors accorded by the Minnesota Honor Guard. Interment will take place following the service at Grace Southside Cemetery, in South Haven.

Visitation will take place beginning at 11 a.m., until the time of the 1 p.m., service on Tuesday.

Craig Larry Oberg was born on February 14, 1972, to Larry and Ruth (Dokken) Oberg in Litchfield.  Craig graduated from Annandale High School in 1990, where he was active in football, basketball, baseball, and choir. Following graduation, he joined the U.S. Army and was deployed to South Korea after basic training for 12 months.  Craig served as a 71D, legal specialist at Camp Howze, South Korea and Fort Leavenworth, Kansas.  He returned to the United States and married Melissa Carlen on April 25, 1992.  Twin daughter and son, Kaylyn and Cameron, were born on August 23, 1993, while Craig was stationed at Leavenworth, Kansas.  After four years of service, Craig was honorably discharged and graduated with a drafting degree.  Shortly after earning his degree, Craig began, and remained, in his career as a draftsman at Ringdahl Architects in Alexandria.  Craig was a loyal father, grandfather, son, brother, and friend.  He enjoyed watching his children’s many activities as they grew up.  Craig had an easy-going, inviting smile that drew others to him.  Over the years, he enjoyed sports, hunting, playing volleyball, golf and traveling with friends.

To order memorial trees or send flowers to the family in memory of Craig Oberg, please visit our flower store.