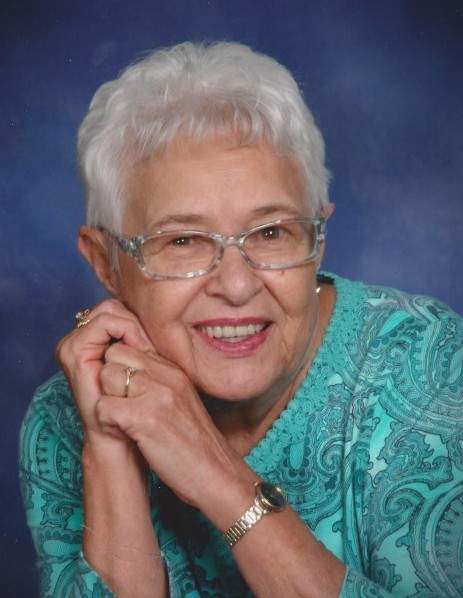 A memorial service will be held at 11 a.m., Monday, July 8, 2019, at Immanuel Lutheran Church in Parkers Prairie with Rev. Kirk Lee officiating. Music is provided by organist, Maureen Diedrich and vocalist, Kelly Martin. Interment is at the Parkers Prairie Cemetery.

A visitation will take place from 4-7 p.m., Sunday, July 7, at Immanuel Lutheran Church and will continue one hour prior to the service.

Coleen Phyllis was born on October 21, 1936, to Otto and Elvera (Kalpin) Quitmeyer at home in Parkers Prairie Township. She was baptized on November 15, 1936 and confirmed on May 21, 1950 at Immanuel Lutheran Church in Parkers Prairie. Coleen attended and graduated from Parkers Prairie High School. Following her education she moved to Minneapolis where she worked for Benson Quinn until 1957. Coleen was united in marriage to Dennis McIntire on October 6, 1956, at Immanuel Lutheran Church in Parkers Prairie. Dennis rejoined the military and Coleen went with him wherever he was stationed. While in the service, they lived in Whidbey Island, Washington (2 times); Burbank, California; Guam; Hawaii (2 times); San Diego, California; and Lemore, California. Dennis retired in 1973, and Coleen and family came home to Parkers Prairie in 1972, to get the children started in school. Dennis worked for Local Gas while Coleen ran the laundry for almost 10 years until he became ill and died from cancer in 1984. To this union three children were born, each on a different island; Debora on Whidbey Island, Randy on Guam, and Steven on Hawaii. After the loss of her husband Coleen did housework for several families around the area. While in the service they did a lot of shelling in their free time. Other hobbies were sewing, arts, crafts, painting, cooking, gardening, canning, baking, and snowmobiling. She also enjoyed playing cards and dancing. Coleen loved having family around and preparing holiday dinners and having friends in for dinners. While the children were growing up, they belonged to several different churches where she taught Sunday School, served in the church nursery, and filled in for Vacation Bible School. After moving to Parkers Prairie she continued her devotion and joined several work groups at Immanuel Lutheran Church. She met her second partner Thomas Steidl and they built a home by Lake Miltona where she resided.

She was preceded in death by her parents; husband, Dennis; two brothers, Tony and Phillip; sister, Jean; niece, Shelly Klimek; and all her aunts and uncles.

To order memorial trees or send flowers to the family in memory of Coleen McIntire, please visit our flower store.