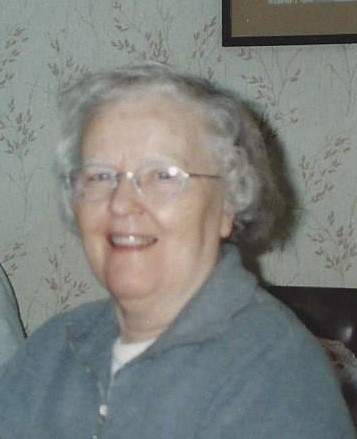 A recording of Clarice's service will be available following her service. Please check back later.

Visitation is 5-7 p.m., Tuesday at Lind Family Funeral Home in Parkers Prairie and will continue one hour prior to the service at the church.

Clarice Elaine was born on November 17, 1923, to Ernest and Anna (Holm) Peterson in Eastern Township. She was baptized and confirmed at First Lutheran Church in Parkers Prairie. Clarice graduated from Parkers Prairie High School in 1941 and continued her education at the Walker Teacher’s Training for one year. She taught at one-room schoolhouses in Spruce Hill, Holmes City, Folden, Rose City, Highway Park, and Almora. She taught and touched the lives of so many children. The annual Christmas programs at these schools were quite the production. She put so many hours and so much work into them.

Clarice was united in marriage to Herbert Lindgren on July 31, 1949. Herb was the winner at an auction for her picnic basket at a social event in Spruce Hill, thus started their courtship and eventual nuptials. To this union, they had three children, Robert, Richard, and Rebecca. Following her teaching career, Clarice worked at St. William’s Living Center as a cook. She was an exceptional cook and baker. When she entertained, food was number one on her list along with a spotless home. Holidays were so special for her family, from the decorations to the food. She always went above and beyond. At Christmas, she would even make homemade candles. To this day, her children still reminisce about her food and try to replicate it. So many of her family’s favorites, she never had a written recipe, they were just in her head. A few of her specialties, are her famous scalloped potatoes and ham, Swedish meatballs, rice hotdish, hamburger hotdish, along with her chocolate drop cookies with Hershey bar frosting, peanut butter cookies, strawberry frozen fluff dessert and her chocolate angel food dessert.

In her 97 years on this earth, Clarice experienced and witnessed so many things and changes in the world. As a child, her family’s home burned to the ground. The family lived with neighbors until a garage was built and they then lived in the garage until their house was built. While the house was burning, several of the neighbors came and helped haul out furniture. They even saved the piano. This farmstead still exists in Elmo Township. Clarice is a breast cancer survivor along with surviving Covid. Clarice was not only a strong person and persevered a lot in her long life, but her faith in God was undeniable. She lived His Word daily and it was a very important part of her home and family.

She was preceded in death by her parents; husband; sister and brother-in-law, Verna and Harvey Danielson; and brother and sister-in-law, Merle “Lindy” and Helene Lindgren.

To order memorial trees or send flowers to the family in memory of Clarice Lindgren, please visit our flower store.