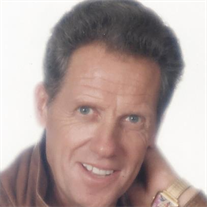 Charles Franklin "Chuck" Capler, age 69, of Osakis, died at home, Tuesday, February 9, 2016, with his wife, Kathy and brother and sister-in-law, Paul and Karen Leonard by his side.

Chuck was born on April 24, 1946, to Frank G. and Mardell (Eckley) Capler in Gordon, Nebraska, the second of five children. He attended school in Gordon and played high school basketball where his nick name was "Chopper" because he was known to steal the ball. He graduated from Gordon High School in 1964. He attended Chadron State College for two years, before enlisting in the Army National Guard on August2, 1966, at Chadron. He served six years and was honorably discharged on August 1, 1972. He was united in marriage to Glenda Davis in July of 1973, and to this union, a son, Shawn and daughter, Jaime were born. For a time, Chuck was employed at Amende Concrete Products in Gordon and owned a carpet store in Elgin. For most of his life, Chuck was self-employed and worked in the construction business, specializing in finish carpentry. He loved working with his hands and was a perfectionist. There wasn't anything Chuck couldn't build or do, including electrical, plumbing, carpet laying, and cabinet building. His favorite woods were black walnut, oak and red cedar. He made many pieces of furniture and items with these woods. He remodeled and built many homes throughout his life. He was united in marriage to Kathy Kocourek on May 24, 1993, at Hot Springs, South Dakota, and they enjoyed 22 wonderful years together with many adventures. Chuck loved Corvettes and Elvis Presley music. He had a wonderful personality, was fun loving, hardworking, and compassionate. He was always willing to lend a hand when he could. He will be remembered for his infectious laugh and beautiful smile.

He was preceded in death by his parents; two brothers-in-law; and a sister-in-law.

Memorials preferred to the Cancer Society for Bladder and Prostate.

To order memorial trees or send flowers to the family in memory of Chuck Capler, please visit our flower store.