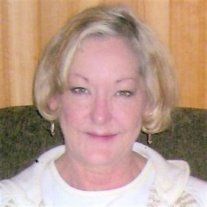 A memorial service will be held 11:00 a.m., Thursday, November 1, 2012, at First Lutheran Church in Kensington with Rev. Kathryn Rothman officiating. Music will be provided by organist, Tricia Saulsbury and vocalist, Lynn Bruss. Private family burial will take place at Webster Cemetery in Webster, South Dakota, at a later date.

The visitation will take place one hour prior to the service at the church.

Cheryl Marie Kennedy, daughter of Donald and Viola ((Bertelson) Kennedy was born on Good Friday, March 23, 1951, in Webster, South Dakota. She was baptized as an infant and confirmed at the American Lutheran Church in Webster. She grew up on the family farm and worked as a car hop at the A&W Drive-In and Bain's Café during high school. She graduated from Webster High School in 1969. Following her education she moved with a friend to Sioux Falls where she worked in a café before moving to Aberdeen. In Aberdeen, Cher worked as a Certified Nurses Assistant at St. Luke's Hospital. She later decided to change occupations and went to work as a waitress at a local restaurant. Cher met Dennis Johnson while working in Aberdeen and they were married in November of 1970. They had one child, Sean. Later, Cher and Sean moved to Wahpeton, North Dakota to open Aunt Chilotta's Restaurant. Cher met Ron Grefe in Wahpeton. When Ron was transferred to Parkers Prairie, Minnesota, they decided to set a wedding date and were married. They moved to Parkers Prairie where Cher and Ron bought and remodeled Nibblers Inn Restaurant. Following the sale of Nibblers Inn, Cher took a job at Daniel's in an accountant/payroll position. She also worked at First National Bank. Cher was an active member of Immanuel Lutheran Church in Parkers Prairie, Fireman's Auxiliary, Relay for Life, Hospital Foundation Board and Hospital Auxiliary. In 2002, Cher moved to Kensington, where she met Daryl Moe and quickly settled into the Runestone Capital. Cher worked at the Senior Citizen Center which she loved and helped Daryl at the Kensington grocery store. Cher loved all her dogs, cats and Cowboy, the horse she rode as a child. She also enjoyed playing cards with her friends. One of her favorite things was to visit Sean and Jill, go fishing with her grandsons and watch them play ball. She always liked trying something new and had fun wherever she went. Her sense of humor and kindness will be missed by her family and friends.

She is preceded in death by her parents; grandparents and brother, Ron Kennedy.

She will be deeply missed by her family and friends.

To order memorial trees or send flowers to the family in memory of Cher Grefe, please visit our flower store.