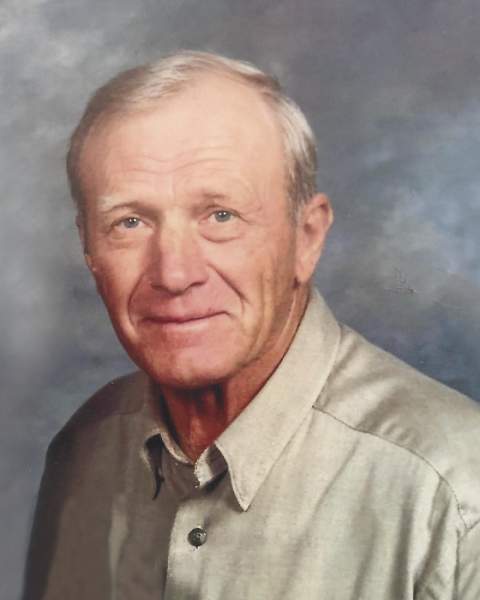 On Wednesday, June 10th, 2020, Charles “Chuck” William Jensen went to cast his line in the great lakes of heaven.

He was born in Holmes City, Minnesota and moved with his family to Leaf Valley, Minnesota where he attended country school with his future bride. He graduated from Alexandria High School in 1950, and in 1955, married Audrey Freudenberg at St. James Lutheran Church. Together they welcomed Sharon “Button”, Tim “Touser” and Amy “Tyker.” He raised his kids to love all things feathered, finned and furry, the water (in both liquid state and frozen) and comedy in all its forms. His grandkids, Jesse, Jessica, and Drew, learned how to scale fish, plant potatoes and say “Judas Priest” correctly in a sentence at a very early age. Most importantly he taught them all to laugh—loud and often.

Chuck was passionate about nature and spent as much time as possible immersed in it. When he wasn’t working on his garden, planting corn and potatoes or picking raspberries he was tormenting the sunnies and crappies with one of his many friends on “an area lake.” (Somehow Audrey was never jealous of Irene or Ida given all the time he spent with them.)

His friends and family will deeply miss Chuck’s weekly deliveries of corn on the cob and Ziplock bags of frozen fish. These gifts also kept him in the good graces of the Minnesota Department of Natural Resources. By making the rounds to friends and neighbors Chuck always kept his freezer possession limit near the legal mark. It would also take far too much electricity to freeze a thousand slabs of walleye, crappie and sunfish. Conservation of electricity was Chuck’s greatest passion. (He went green long before green was cool.) He wore a mini headlamp to go down to the basement rather than flip the switch. He also watched television and brushed his teeth in the dark and had an extremely low tolerance for an open refrigerator.

Before working the lakes full time, Chuck spent his career as the owner and operator of Jensen Trucking and was the head of the Livestock Shippers Association. From 2014-2016, he volunteered for Ottertail County’s Volunteer Transportation Program taking patients through ice and snowdrifts to their medical appointments locally and as far as the Twin Cities, Fargo, and Duluth. In 2016, he retired from this position as he had to drive himself three times a week to dialysis in Alexandria instead.

Chuck was a long-time member of Immanuel Lutheran Church in Parkers Prairie where he served for many years on the finance committee. He wasn’t one to speak of his faith, we only had to watch and learn as he fed fish and grain to many, tended to the sick and gave us light with his laughter in the darkness. He was the only electric company we ever really needed.

Due to COVID-19 a private family memorial service will be held on Monday, June 15, 2020 at Immanuel Lutheran Church in Parkers Prairie with Rev. Kirk Lee and Rev. Mark Schwarz officiating. Music is provided by organist, Maureen Diedrich and soloist, Dedra Zwieg. Interment will be at St. James Lutheran Cemetery, South Effington. The family looks forward to having a celebration of life gathering with extended family and friends at a future date.

To order memorial trees or send flowers to the family in memory of Charles "Chuck" Jensen, please visit our flower store.