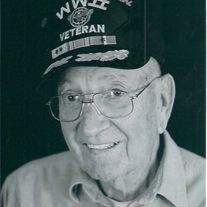 Carl (Carlton) was born April 15, 1926, to Tony Marshall Freeman and Mary Espy Falkner Freeman. He was named Junior Carlton Marshall. When Carl was 4 years old, a tornado destroyed their home, farm buildings and vehicle. A storm cellar saved them. The family moved to Texas and his father, a U.S. Marshall, Tony, changed their name to Freeman. June 19, 1986, Carlton had his name changed to Carlton Freeman, in the Superior Court of Arizona. Carl's mom died when he was a little boy of cancer. Relatives and friends took him in and gave him happy homes. At age 17, Carl joined the Marine Corps. He waited for a call, which didn't come, so he joined the Navy. When on a ship as a sailor, in Hawaii, he received a letter of acceptance into the Marines. Too late (probably o.k.), he was a sailor boy. Carl was in the worst of times in W.W. II in the South Pacific. He witnessed many friends die in battle. He steered ships he was on and also drove landing crafts, taking marines to and from shore. Sailors on each side of him as he drove, died next to him. He received many medals and helped where needed. Carl received honorable discharge on May 21, 1946. Carl and Mary Ann Gumm were married at First Evangelical United Brethren Church, July 17, 1950, in Texas. As for musical contributions to so many, at a young age he accompanied his dad who played fiddle. Upon coming home from W.W. II, he played with different bands, while having daytime jobs. When he found he could make more money playing music and singing once a week than he earned all week at a daytime job, he formed a Texas Swing Band. He was given a an hour long radio show, five days a week, which he also produced and emceed. This music schedule prompted a change, as it wasn't best for their married life, so as Carl stated, "I got a regular job." He was superintendent at various paper mills around the U.S. Eventually he started his own business with helpers, in Los Cruces, New Mexico. He installed air conditioners in vehicles and buildings and kept people's appliances going. His wife of 54 years, MaryAnn, died in 2004. April of 2013, Carl and Jean Moeller were finally pushed into meeting in Tucson, Arizona. Carl drove from his home in Deming, New Mexico and Jean was escorted from Quartzsite, Arizona by good friends, Bob and Dee Wilkenson. Jean was on her way home to Minnesota, by way of Fort Worth, Texas; Colorado Springs, Colorado; and first stop at Tucson, Arizona to see her children, as she and her wonderful husband of 50 years, Bill had always done (or she would never have gone there to meet someone). Carl wasn't particularly interested in the meeting, either, but after much pushing, they both agreed to meet, which pleased their friend, Bob. Bob had been a coworker and friend years back. Bob's wife, Dee, and her previous husband had been friends with Jean, who played music together. He fell asleep in Jesus. Dee married Bob and they took Jean under their wing when Jean's husband, Bill, fell asleep in Jesus in 2004. In Tucson, they met in a K-Mart, which Jean wasn't too happy about, but agreed to shop with Dee and have Bob point Carl out to her. If he wanted to meet her, o.k., she didn't even care to see him if he had no interest. (April, 2004) K-Mart was the handiest for Carl because it was right on the first exit into Tucson. Jean's second daughter, Barb, met Carl the same day at her home where Bob, Carl, and Jean jammed. When Carl left, her daughter said, "He reminds me of dad." Many relatives and friends have said the same. To make a long story short, apparently, God was behind the whole meeting. Carl and Jean said their vows Thanksgiving, 2005, in Deming, New Mexico. Carl became a happy Minnesotan (driver's license and voter too). Carl and Jean spent 10 years happily together playing music, mostly in Yuma, winters where they bought a little home. Then warm months in beautiful Minnesota (as Carl said). July 5, 2013, Carl and Jean had a church wedding at First Baptist Church, Parkers Prairie, with very close family and friends. Fall of 2013, Carl was diagnosed with cancer. After much loving care by family, friends, and Douglas County Hospice, seven days a week at their home SW of Parkers Prairie, Carl fell asleep, Tuesday, July 1, 2014, and will wake up when Jesus comes to get those who trusted Jesus, as their Savior, to our Heavenly home, where there will be no pain, illness, heartaches and negativity. Hurrah!! This is the comfort, which helps and will help me, Jean, my family, his friends, help us as we will miss him. I will really miss Carl always. Carl gave me 10 precious years and I'll see him in heaven someday.
God bless all who loved Carl, Jean Moeller Freeman.

Private family services have been held.

To order memorial trees or send flowers to the family in memory of Carl Freeman, please visit our flower store.