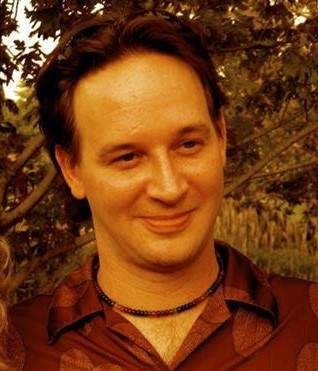 Visitation is 3-5 p.m., Saturday, at Lind Family Funeral Home in Alexandria and will continue one hour prior to the service.

A city made famous by the ’96 movie, Fargo was the birthplace to Brian, born to Jim and Anita Conn in the middle of the night on July 14, 1975 (always a night owl, he was). Brian grew up sandwiched between his two sisters, Laurie and Jackie, who spent their summers camping in Alexandria on Lake Carlos, winters racing down the ski slopes at Mt. Hardscrabble in Wisconsin and when the captain of the house commanded, spent many hours crammed in the back of a Cessna 172 for family vacations that led to great adventures off the beaten track- ultimately providing Brian with many loving, lasting family memories.

Brian was a charmer all of his life and greatly enjoyed being with others, particularly at outdoor venues and music concerts including favorite bands such as Widespread Panic and the Grateful Dead. In his younger years, he enjoyed mountain biking in the off-season in the Colorado Rockies but most of all, snowboarding in the winter season. He supported his outdoor hobbies, which also included scuba diving, as a chef in the food service industry. He was widely known for his artisan bread, hand-made chocolates and exceptional meals! No matter what he cooked – his instinctive passion for serving a meal perfectly was always present as others savored and enjoyed his cooking creations. He was also a lover of pets, and had two soulmates in his dogs - first Sierra, and then "Jack Zero."

Brian was the father of a delightful little girl - Ruby - and Brian so adored his little girl that he launched his own business venture. In spite of struggles with drug and alcohol addiction in later years, Brian was loveable and loved those around him in equal measure. His memories will live on through the friendships he formed and greatly valued, as well as the wide family circle of aunts, uncles, and cousins that loved and adored him. Most of all, he will be cherished and missed for eternity by his close family that remains behind - his daughter Ruby, his parents Jim and Anita, his sisters Laurie and Jackie, his brother-in-law Tom, and his nephew Owen.

To order memorial trees or send flowers to the family in memory of Brian Conn, please visit our flower store.