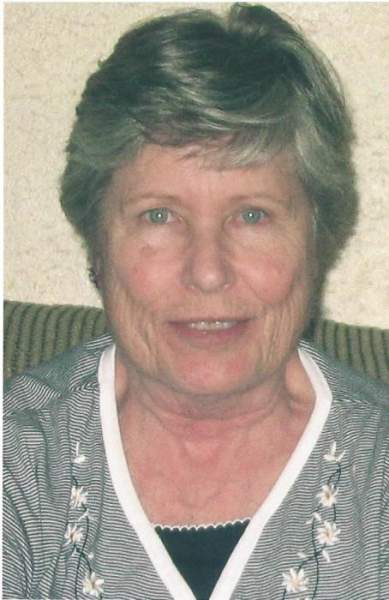 Betty S. Adrian, age 74, of Alexandria, Minnesota left this world to be with the Lord on Monday, November 14, 2016, at St. Cloud, Minnesota Hospital.

Betty Sue Adrian was born March 17, 1942, the first of six children, to Selmar and Maxine (Johnson) Duncan in Beebe, Arkansas. She attended school through age 15, in Beebe and Jacksonville, Arkansas. Betty was united in marriage to Airman Delano Adrian on July 17, 1967, in Hermosa, South Dakota. Following their marriage they lived in various parts of the United States allowing Betty to raise their three children to experience a diverse life, passing on to them her sense of adventure. As an empty nester she began a career with K-mart until her retirement. Enjoying their retirement, Betty and Delano continued to travel to new areas of the United States and a trip to England. She pursued her many interests and appreciated any resource that would further her education, including and beyond her GED. Betty supported her communities through her activities. She was an active member of Holy Cross Lutheran Church and it’s Altar Guild in Mountain Home, Arkansas. She became a Master Gardener and her passion of photography led her to found the Little Crow Photographers Club in Willmar, Minnesota.  She worked as a dedicated volunteer with Christmas Wish, was past president of TOPS and a vibrant member of the Purple Hat Society. Betty enjoyed sewing, knitting, reading, crossword puzzles, and always looked to be mentally challenged.  She enjoyed hiking and exploring nature, which fed her interest in conservation, while visiting as many state and national parks as she could she lived apart of her dream as a young girl to be a Park Ranger. Most of all, Betty loved spending time with her family and friends. She was a dedicated wife, mother, grandmother, great-grandmother, sister, aunt, and friend. She is greatly loved and will be dearly missed.

She was preceded in death by her parents; brothers, Wayne Duncan and Bobby Duncan; nephew, Robbi Bradshaw; and niece, Tammy Dawn (Duncan) Nick.

To order memorial trees or send flowers to the family in memory of Betty Adrian, please visit our flower store.