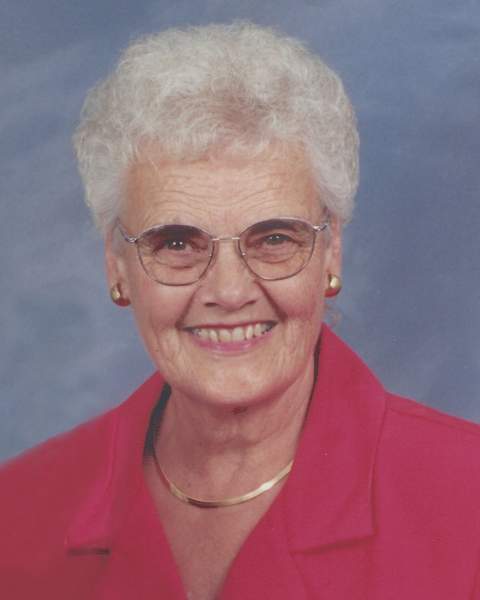 Audrey A. Arvidson, age 90, of Parkers Prairie, died surrounded by her family on Monday, November 7, 2022, at St. William’s Living Center in Parkers Prairie under the care of Hospice of Douglas County.

A funeral service will be held at 11 a.m., Saturday, November 12, 2022, at Esther Lutheran Church in Eastern Township with Pastor Scott Hoecker officiating. Interment will take place at the church cemetery.

Audrey Ann was born on September 2, 1932, to Merle and Margaret (Baldwin) Compton in Cresbard, South Dakota. She grew up outside of Plainview, South Dakota and attended school in Teepee Creek through the seventh grade. Later, the family moved to Sturgis, South Dakota and eventually settled in Spearfish, South Dakota. In the late 1940s, Audrey moved to Eastern Township, Otter Tail County, Minnesota to work as a mother’s helper. She was united in marriage to Roslyn Arvidson on June 10, 1950, at Esther Lutheran Church. Following their marriage, they farmed together in Eastern Township and Audrey raised their children. She also worked as a cook at Lady of Mercy Hospital in Alexandria and then at 3M for 26 years, retiring in 1994. During her career and in retirement, she enjoyed volunteering at St. William’s Living Center in the Activities Department. Audrey also assisted the elderly by driving them to appointments. She was a member of Esther Lutheran Church and formerly active in its WELCA group. Audrey enjoyed knitting, crocheting, and spending time with her family. She was especially proud of all her grandchildren for graduating from both high school and college since she was unable to do so herself.

She was preceded in death by her parents; husband; sisters, Ruth Schell and Peggy Brand; and daughter-in-law, Jayne Arvidson.