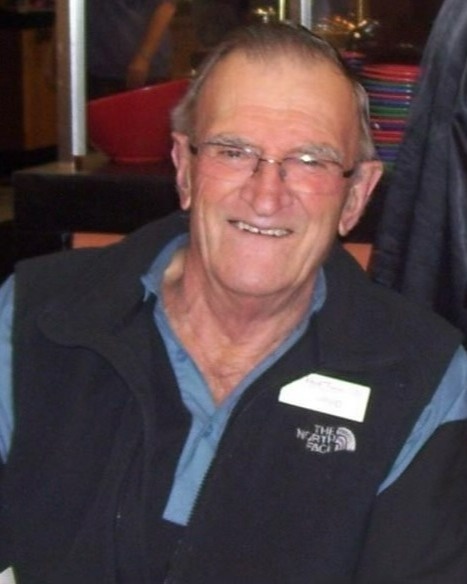 Arvid L. Bartels, age 85, of Alexandria, formerly of Bertha, passed away on Saturday, September 24, 2022, at Alomere Health in Alexandria.

A funeral service will be held at 10 a.m., Saturday, October 1, 2022, at Zion Lutheran Church in Alexandria with Rev. Don Wilke officiating. Interment is at Kinkead Cemetery, Alexandria.

Arvid LeRoy was born on July 4, 1937, to Arnold and Leona (Pieper) Bartels in Leaf Mountain Township. He was baptized and confirmed at St. Paul’s Lutheran Church in Henning. He attended Country School District #176 and in 1948, after moving to Henning, he attended Nubbin Ridge District #212. Following his education, he worked on the family farm and at the local scrap yard. Arvid was united in marriage to Janet Christine Nelson on October 14, 1961, at St. Paul’s Lutheran Church in Bertha and to this union, six children were born. Along with farming, he also worked at Waldon Construction, Franklin Trucking in Bertha, Verndale Custom Homes, and Builders Supply throughout his life. Later in his life, Arvid rekindled a long-time friendship with Phyllis Thulin and the couple were married shortly after in 1997. The two traveled on many bus tours, volunteered together at Knute Nelson, and kept each other in shape by walking several miles a day. He was a member of Zion Lutheran Church and its men’s ministry. Arvid was a former member of St. Paul’s Lutheran Church in Henning and St. Paul’s Lutheran Church in Bertha. He enjoyed playing pool, darts, bowling, listening to Polka and dancing the Waltz. Overall, Arvid loved spending time with his family.

He was preceded in death by his parents; wife, Phyllis; brother, Delmer Bartels; and brother-in-law, Leonard Eckhoff.

To order memorial trees or send flowers to the family in memory of Arvid L. Bartels, please visit our flower store.