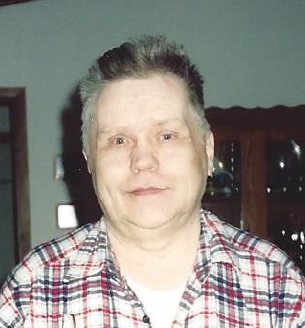 Artin Richard Diedrich was born April 3, 1938, to Herbert and Violet (Freudenberg) Diedrich at home in Leaf Valley Township.  He was baptized and confirmed at St. James Lutheran Church, South Effington.  He attended Willow Creek Country School District #53, through the eighth grade. Following his education, he helped on the family farm until being drafted into the U.S. Army where he was stationed at Point Barrow, Alaska.  Following his honorable discharge, he returned to Alexandria where he worked as an apprentice plumber. After earning his masters in plumbing, Artin worked in Minnesota, North and South Dakota on commercial construction. Family was always important to Artin and in his earlier years, he was fond of his Mercury and enjoyed taking his younger siblings for rides.  Due to injuries sustained in a fall, Artin spent a year recuperating at the St. Cloud VA Hospital before returning to Alexandria. Artin was a member of St. James Lutheran Church and former member of the Alexandria American Legion Post #87.  He enjoyed playing cards, snowmobiling, motorcycling and visiting with his family and friends.

He was preceded in death by his parents; and three brothers, Kenneth, Norman and Rueben.

Pallbearers are his family.

To order memorial trees or send flowers to the family in memory of Artin Diedrich, please visit our flower store.
Send a Sympathy Card