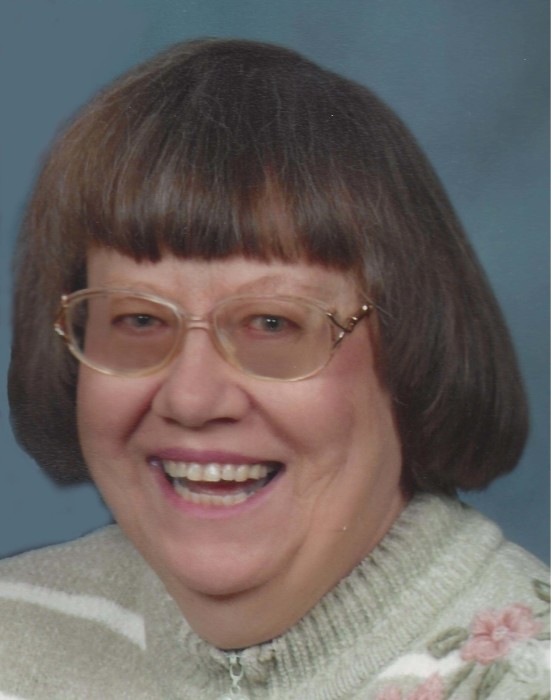 Ann Marie was born September 3, 1941, to Earl and Ethel (DeBord) Clark at home in Osakis.  Being the fifth and youngest member of the family had both advantages and disadvantages, as some of the older siblings had already left home by the time Ann was born.  She was six months older than her oldest nephew, Ron Westerberg.  Ann was baptized and confirmed at the First Presbyterian Church in Osakis.  She attended school in Osakis, and graduated with the class of 1959. Following her education, Ann moved to Minneapolis where she worked for several years with IDS Investments.  She enjoyed her job and made many friends, sharing her apartment with good friends for many years.  During this time, Ann and her sister, Lil, made several road trips, enjoyed a cruise to the Bahamas and a wonderful trip to Europe.  While in Minneapolis, it allowed her to spend time with her siblings and their families.  Ann moved to Alexandria in the 1970’s, and worked for a local chiropractor.  In 1976, Ann’s sister, Lil built a new home in Alexandria and they had a great time furnishing the house.  Ann became a caregiver for her mother until her death in 1981, and during this time, a friendship developed with Dean Brunton. She was united in marriage to Dean on April 16, 1983, at First Presbyterian Church in Osakis.  They began their life together on a farm east of Osakis where Dean worked for his brother-in-law.  They later moved to Miltona where Dean worked at Miltona Meats.  She was a member of Faith Lutheran Church, where she was active in the ladies group and altar guild.  Ann was very active in sending out cards and notes to shut ins and just thinking of you notes to friends and family.  Due to serious health changes, Ann moved to Ecumen Bethany Home.  Ann loved people, and while her health allowed it, attending chapel and other activities at Bethany.

She was preceded in death by her parents; three siblings, Lucille Wiegers, Hazel Westerberg and Lloyd Clark; nephew, Gary Clark; and parents-in-law, Orland and Ruth Brunton.

Ann is survived by her husband of 33 years, Dean; sister, Lillian Clark of Osakis; three sisters-in-law, Marlene Olson and Sue Klukken both of Alexandria and Sharon (Lonnie) Iverson of Osakis; along with many nieces, nephews and their families.

To order memorial trees or send flowers to the family in memory of Ann Brunton, please visit our flower store.
Send a Sympathy Card