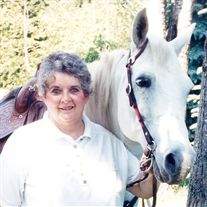 Mass of Christian Burial is 11:00 a.m., Wednesday, May 21, 2014, at Our Lady of Seven Dolors Catholic Church in Millerville with Fr. Matthew Crane officiating. Music is provided by organist, Rachel Wagner, vocalist, Lisa Henrichs and the church choir. Burial is at the church cemetery.

Visitation is 5-7 p.m., with 6 p.m., parish prayers and 7 p.m. rosary, at the church, Tuesday. The visitation will continue one hour prior to the service.

Alice Rose Thoennes was born December 17, 1937, to John and Ella (Kreilkamp) Wagner in Hartford, Wisconsin. She was baptized December 28, 1937, at St. Killians Catholic Church in Hartford. Her family moved to Minnesota in 1947, and settled near Brandon. She attended country school near Garfield and graduated from Brandon High School in 1955. Following her education she worked at Johnson's Grocery in Garfield. She then worked at the Elevator and Citizen's State Bank both in Brandon. Alice was united in marriage to Walter Steven Thoennes May 20, 1958, at St. Ann's Catholic Church in Brandon. Following their marriage she worked on the farm with her husband as the head milker while continuing to work at the bank. She later worked at First State Bank in Evansville until her retirement in December of 2003. She was bookkeeper for Douglas County Land Corp., for the past 30 years. Alice was a member of the Millerville American Legion Auxilary, Our Lady of Seven Dolors Catholic Church and was past president of its Christian Mothers. She enjoyed gardening, baking, horses, playing poker and going to the casino. She loved spending time with her family, especially her great-grandchildren.

She was preceded in death by her parents; husband, Walter in February of 2013; three brothers, John, James and David and three sisters, Marianne Zupan, Eleanor Bitzan and Judy Gray.


To order memorial trees or send flowers to the family in memory of Alice Thoennes, please visit our flower store.