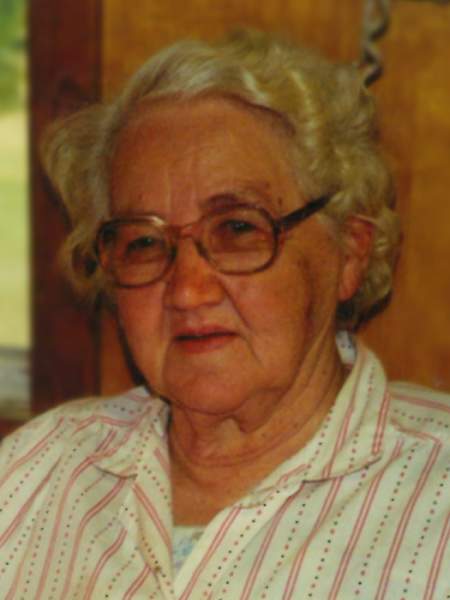 A memorial service will be held at 11 a.m., Saturday, October 27, 2018, at Elmo Lutheran Church in Elmo Township with Pastor Rachel Stout officiating. Music is provided by organist, Lisa Winter and soloists, Evie Smith and Kim Haugen. Inurnment will be held at a later date at the church cemetery.

Alice was born on August 12, 1921, to Louis and Ruth (Sargeant) Faehnrich on the family farm in Wyndemere, North Dakota. When Alice was six years old, the family moved to Alexandria before moving to Parkers Prairie. She was baptized and confirmed at Elmo Lutheran Church in Elmo Township. Alice attended Country School #273 in Parkers Prairie and graduated from the eighth grade. Following her education, she cleaned houses for work. Alice moved with her family to a log cabin near Leader, MN before moving back to the Parkers Prairie area where she held various jobs. Alice was united in marriage to Orvy Hanson on a sunshiny, snowless January 18, 1942. Together they moved around the area before settling at the house Orvy built in Elmo Township. She was lifelong member of Elmo Lutheran Church. Alice was known for making lefse, krumkake, and buckles. She also baked many anniversary and wedding cakes. She also loved growing flowers and canning anything she grew in her garden.

To order memorial trees or send flowers to the family in memory of Alice Hanson, please visit our flower store.