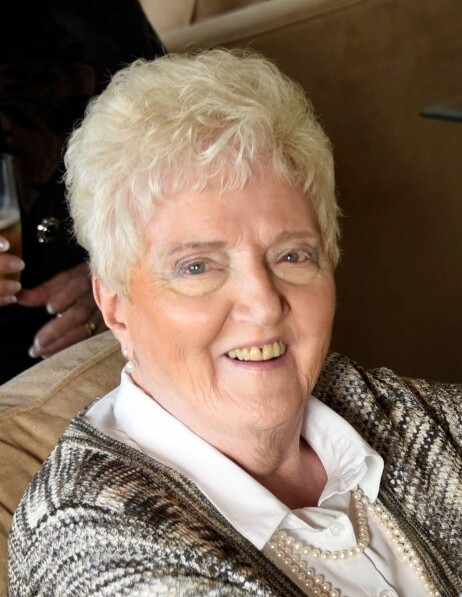 A graveside service will be held at 10 a.m., Saturday, August 14, 2021, at West Moe Lutheran Cemetery in Moe Township with Rev. Greg Billberg officiating. Refreshments will follow the service.

Addy was a strong, humorous, and loving wife and mother and had an uncanny ability to read her son’s mind. He did not appreciate this superpower until much later in life. The third love of her life was baseball. Her Minnesota Twins never disappointed her. No matter their standing.

She was preceded in death by her husband of 52 years, Eugene; parents, Alice and Adolph Johnson; sister, Anna Marie Vinneau; brother, Marvin Johnson and their spouses; brother-in-law, Ralph Bjelland, and sister-in-law, Bernice Hutchens.

Addy is survived by her son, David Paul-Jones and his husband, Rodney Paul-Jones of Youngstown, New York; sister, Vi Bjelland of Alexandria; brother, David (Jean) Johnson of Alexandria. She will be remembered fondly by many nieces and nephews and their children.

Special thanks to Jennifer Dabrowski of Lewiston, New York for her compassionate and supportive care over the past few months.

Addy’s strong faith guided her daily life. She will rest in the arms of her Lord forever.

Memorials preferred to First Lutheran Church in Alexandria, Minnesota in support of their digital outreach ministry for those unable to attend services.

To order memorial trees or send flowers to the family in memory of Adeline Jones, please visit our flower store.
Send a Sympathy Card