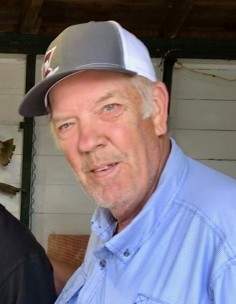 A celebration of life service will be held at 1 p.m., on Tuesday, June 22, 2021, at the Starbuck Band Shell in Starbuck City Park.

The visitation will begin at 11 a.m., on Tuesday prior to the service.

Larry Lee Jensen was born on November 18, 1947, to Ire and Ruth (Roggow) Jensen in Storm Lake, Iowa. He grew up on the Jensen Family Farm in Alta, Iowa.  Larry attended country school and graduated from Alta High School in 1966. Larry attended the University of South Dakota in Vermillion, where he met his future wife and earned a degree in education. He was united in marriage to Diane Bennett on August 18, 1968, at Silver Creek Methodist Church in Galva, Iowa.  Following their marriage, they finished their college education and Larry took a job in the fertilizer division with Standard Oil in Sac City, Iowa.  They moved to Storm Lake where he managed a Pester Derby Gas Station until 1979, when he transferred to the Pester Derby Gas Station in Alexandria, Minnesota.  In 1985, he and Diane purchased the Minnewaska Bait & Tackle in Starbuck where he worked until his death. Larry was a member of the Minnewaska Lake Association.  He was a former member of the Pope County Pheasant Restoration, Glenwood Area Chamber of Commerce, Minnesota Deer Hunters Association, and NRA. He enjoyed fishing, hunting, reading, grilling, and cooking.  He especially loved spending time with his grandchildren.

He was preceded in death by his parents; and brother, Bob Jensen.

To order memorial trees or send flowers to the family in memory of Larry Jensen, please visit our flower store.